The Year Of The Monkey!

This shop has been compensated by Collective Bias, Inc. and its advertiser. All opinions are mine alone. #ChineseNYeats #CollectiveBias

Did you know in the Chinese Culture, 2016 is the year of the Monkey?

When the kids were younger Handsome and I would use different culture’s holidays to teach our children a little about that culture.  I would always make my version of their traditional meal (ok, sometimes my version of Chinese food would be take-out).

Chinese New Year has always been a favorite of mine, it’s what I call my Chinese New Years Eats!  We love the food and it’s fun finding out what animal will represent the year.

Chinese New Year is represented by one of 12 different animals that appear in the Chinese zodiac. The Chinese zodiac is divided into 12, just like our zodiac, but with one major difference, each zodiac sign reigns for 1 year instead of one month.

Your sign is decided by the year you were born in the Chinese lunar calendar.

Would you like to know what I’m making for dinner to celebrate the year of the monkey celebration day?

It all came to me when I was shopping at my local Walmart.  The Minute Rice and the Kikkoman Soy Sauce were in the same aisle and the Dole Pineapple Chunks were just 2 aisles down, so it was simple to gather all my ingredients for the shrimp fried rice. 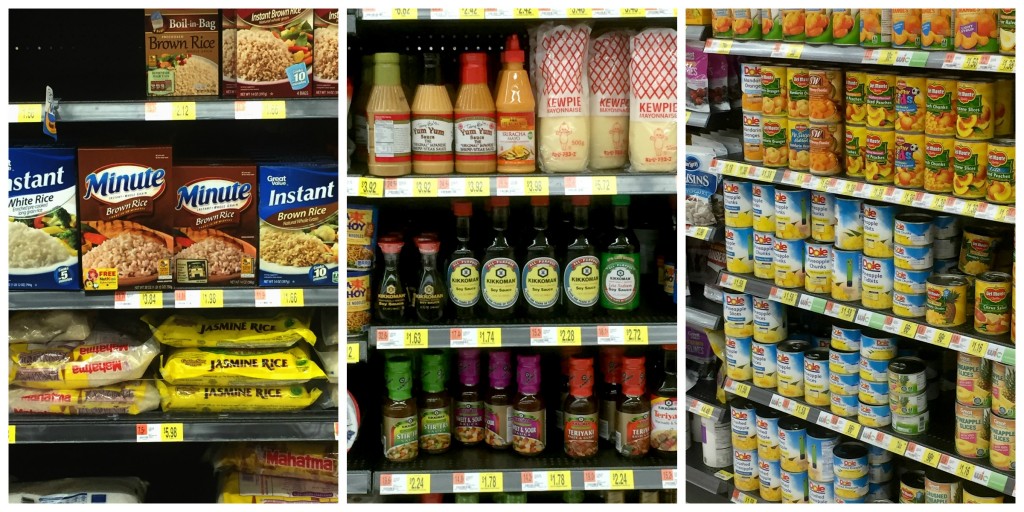 One of my family’s favorite Chinese take-out food has always been shrimp fried rice.  The recipe I’m going to show you is so delicious and it’s also deliciously simple.  After the first time I made it from scratch I knew I would never need to order take-out, again (they never give you enough shrimp anyways)! 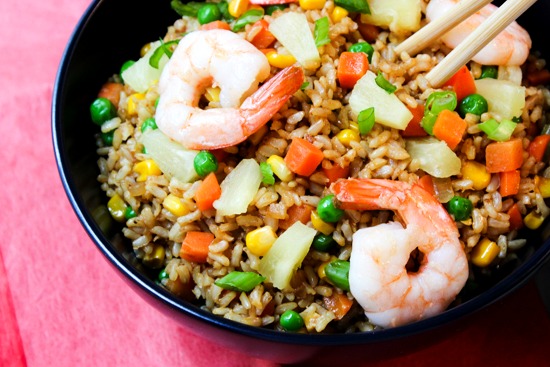 It seems like a complicated dish to make, but it’s not, it’s actually quite easy! I love that you can switch the protein around in this dish.  Instead of shrimp you could use chicken, beef or pork, or for a meatless monday dish you don’t need to add the protein at all!

Here’s how I make it:

I cook the Minute Whole Grain Brown Rice according to the package directions, and set it aside.

Then I mix the sauce, I use Kikkoman Soy Sauce and 2 other ingredients and set the sauce aside.

I cook the shrimp in a skillet over medium heat, once done set the shrimp aside on a paper towel lined plate.

Then I add the veggies to the skillet. 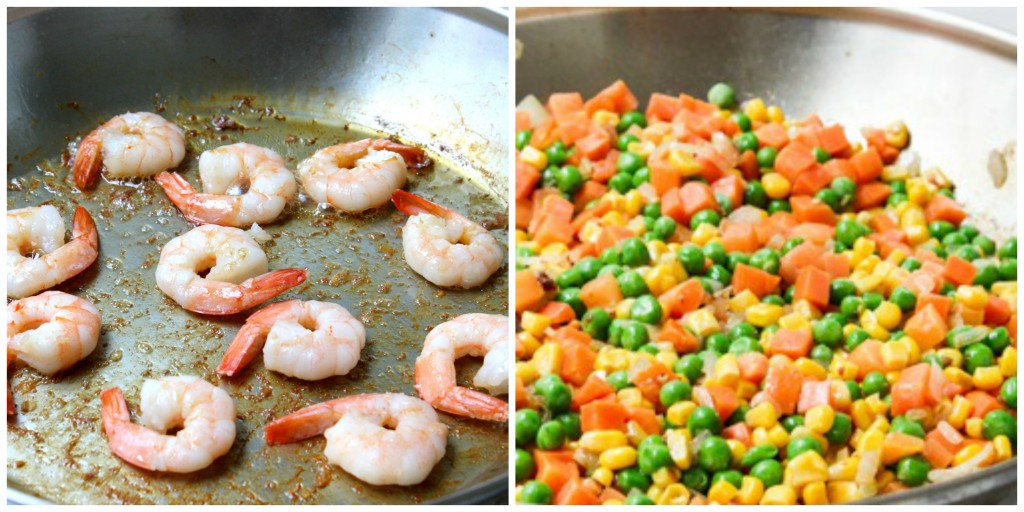 Add everything back into the skillet including the Dole Pineapple Chunks.  I love that the Pineapple adds the bit of sweetness and is rich in vitamin C, low in sodium and naturally cholesterol free.

Heat through and you have a delicious 2 pot meal! 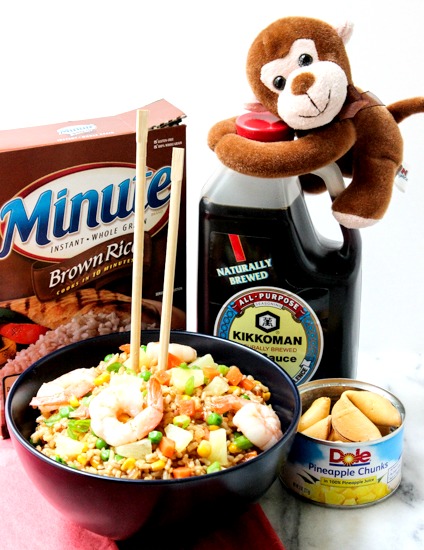 4.5 from 2 reviews
Save Print
The Year Of The Monkey!
Author: Its All About The Yummy
No need to order take-out any longer!
Ingredients
Instructions
3.5.3208
I always make extra so I can have it for lunch the next day! 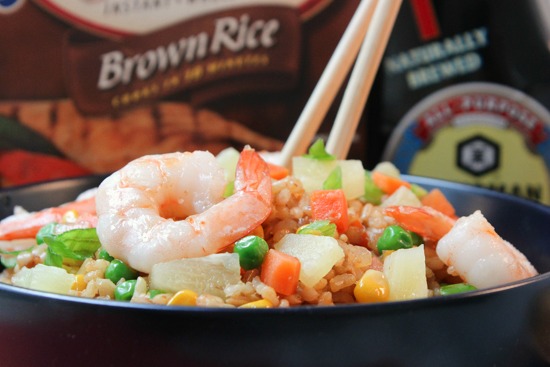 Please click on the links for a coupon from some of my favorite brands.