A few weeks ago, I was in central California at a blogging convention in San Jose.  Handsome and I decided to take a few days after the convention ended and travel up to Napa, then down through Paseo Robles on the way back home.  Sunday morning we set out on our wine adventure from San Jose up to the breathtakingly beautiful California wine country.

As we left our hotel, I remembered a fellow blogger telling me about a psycho themed donut shop in San Jose by the name of, what else, Psycho Donuts. I knew we could not pass up a donut for the road! 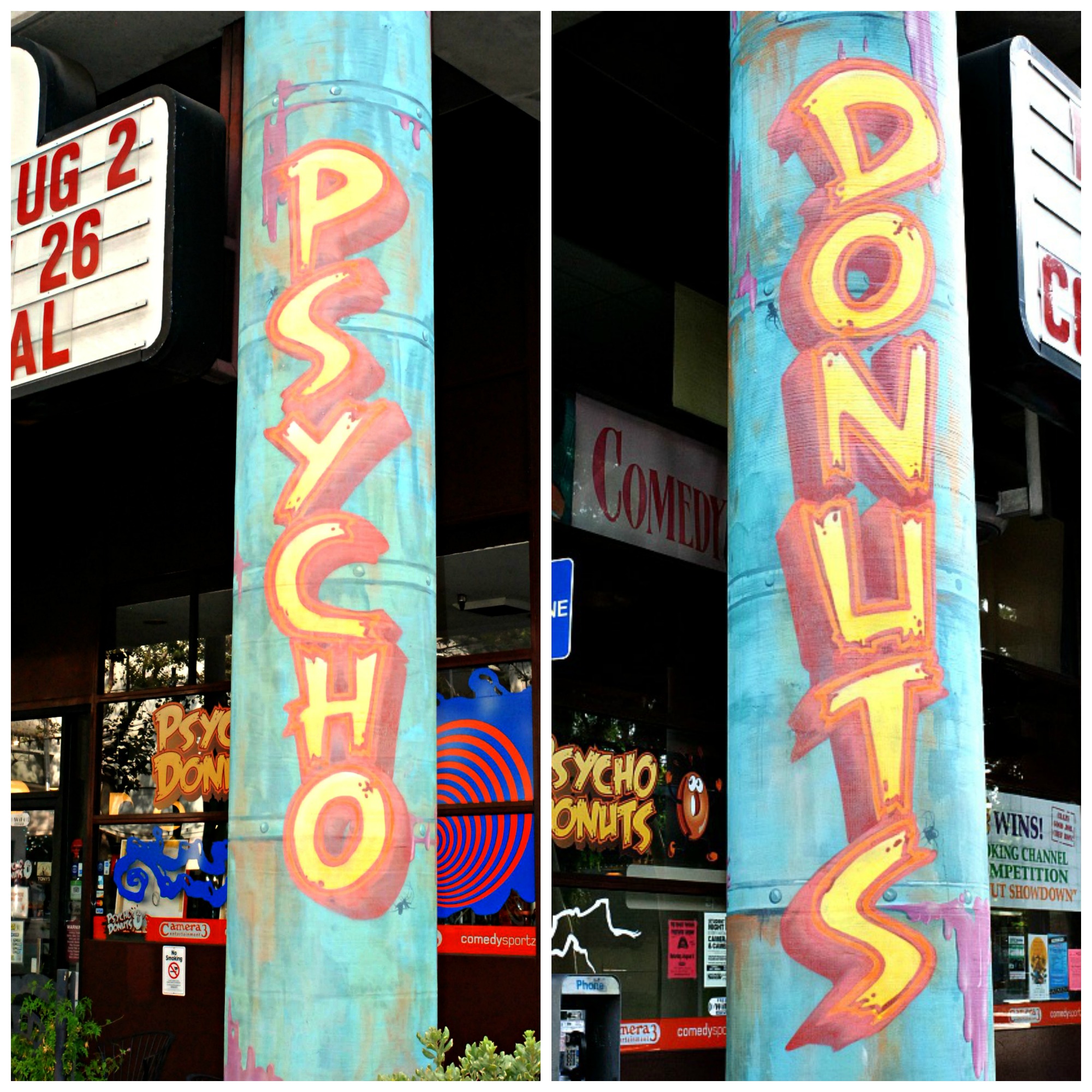 The Psycho Donuts shop is totally decorated on the outside in the psycho theme, it would be hard to miss if you are anywhere in the vicinity. 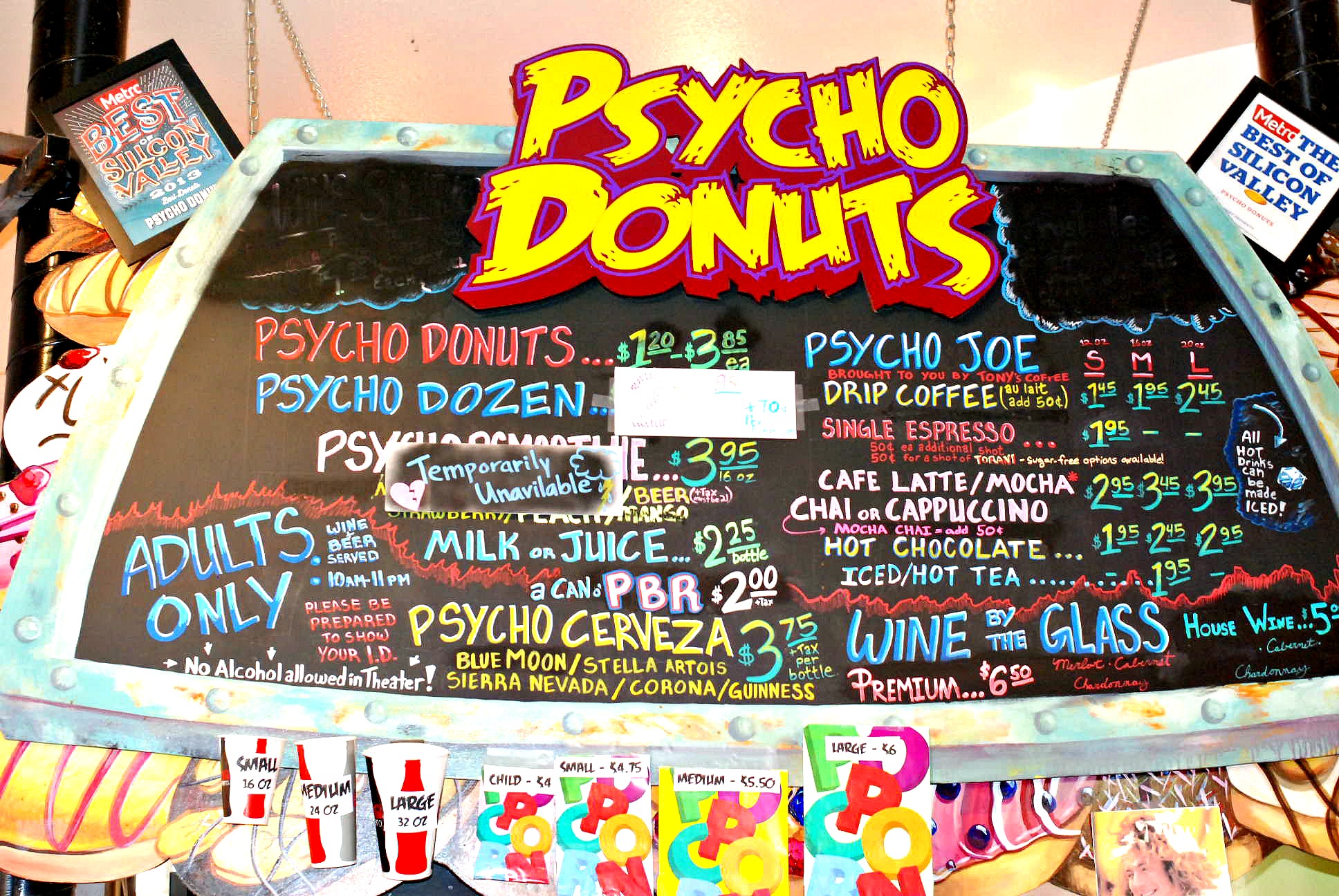 And followed through to the inside with their menu.  They even serve wine and beer! 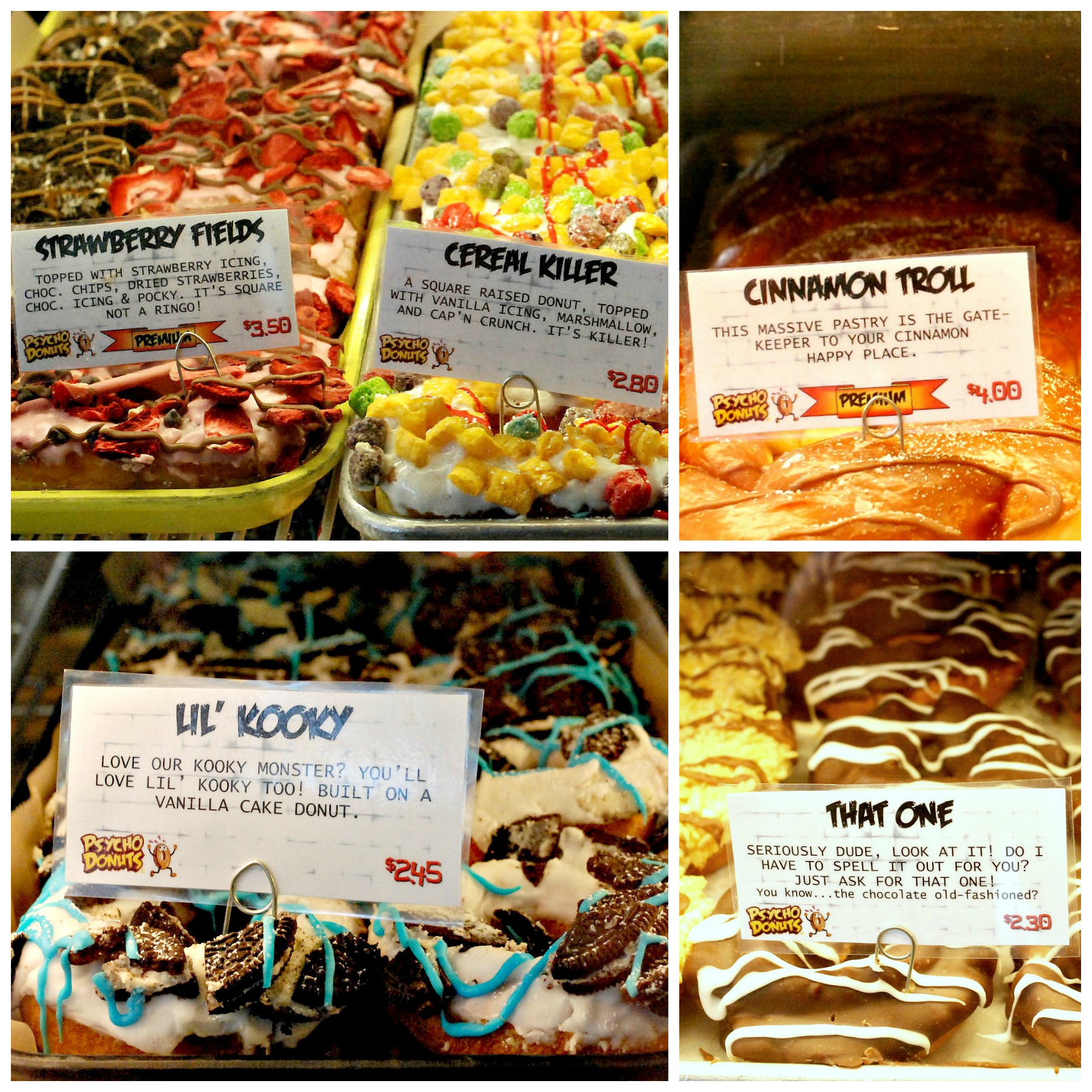 These are just a few of the dozens of donuts they have.

That One – An old fashioned donut dipped in chocolate with a white glaze drizzle. 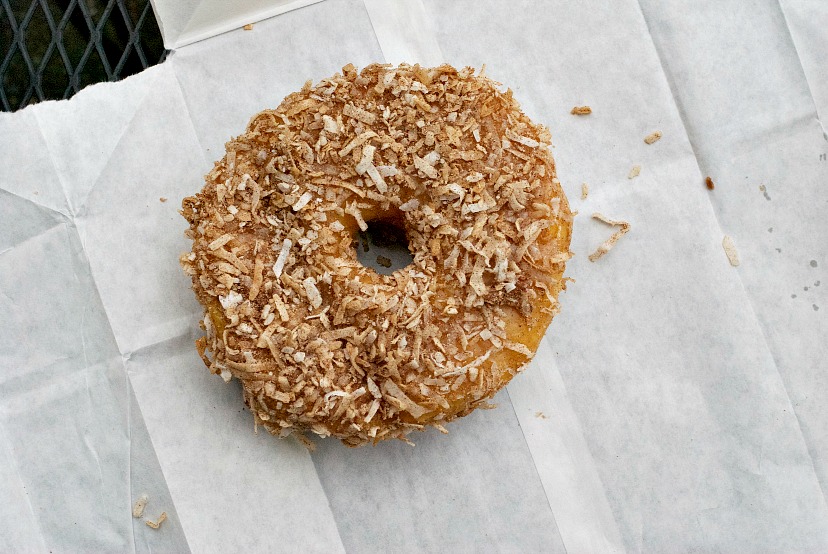 Handsome got the Desserted Island donut.  A vanilla cake donut coated with sweet coconut and cinnamon.  This donut was huge! 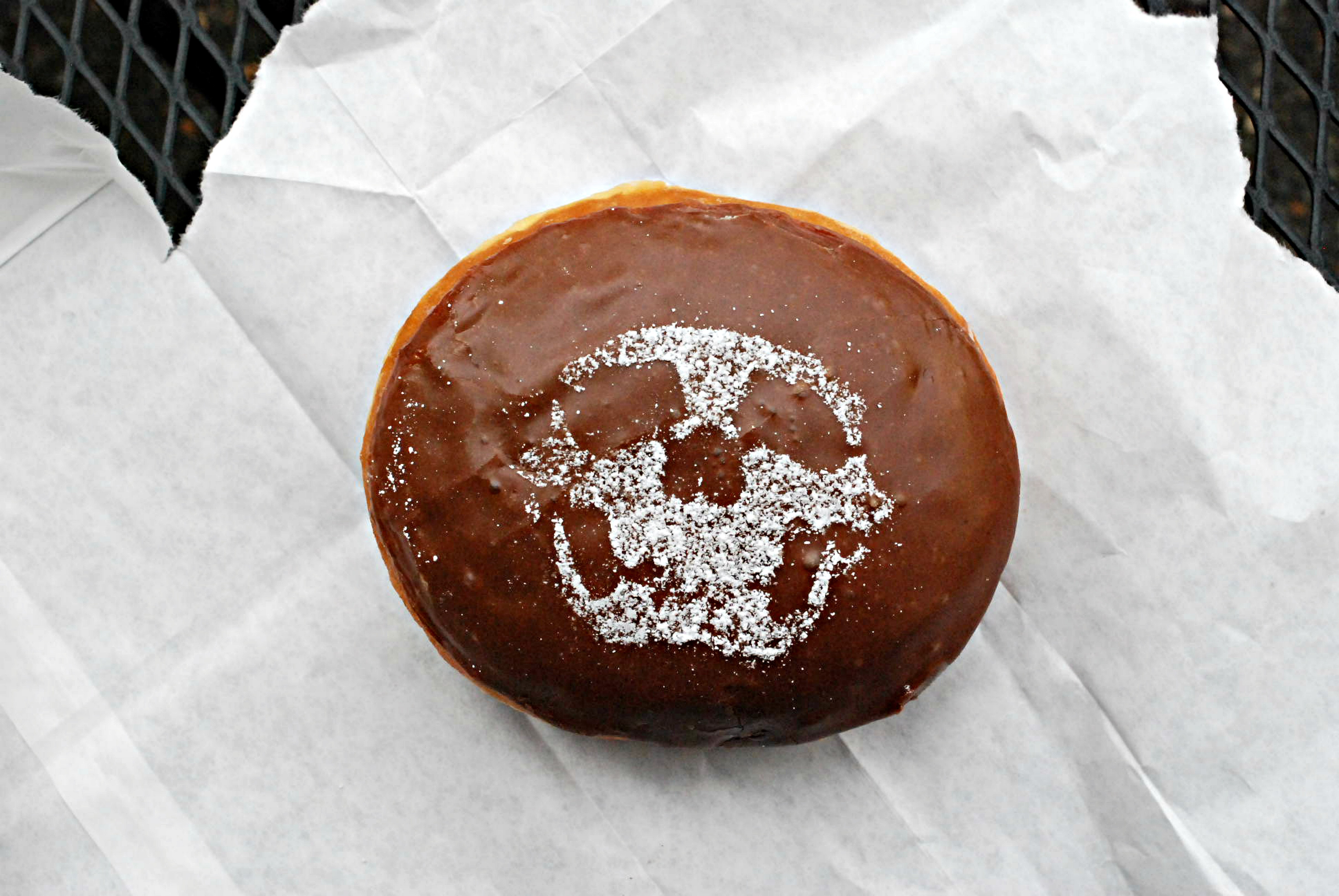 I got the Skull donut. A tasty Boston cream donut with a powered sugared skull. 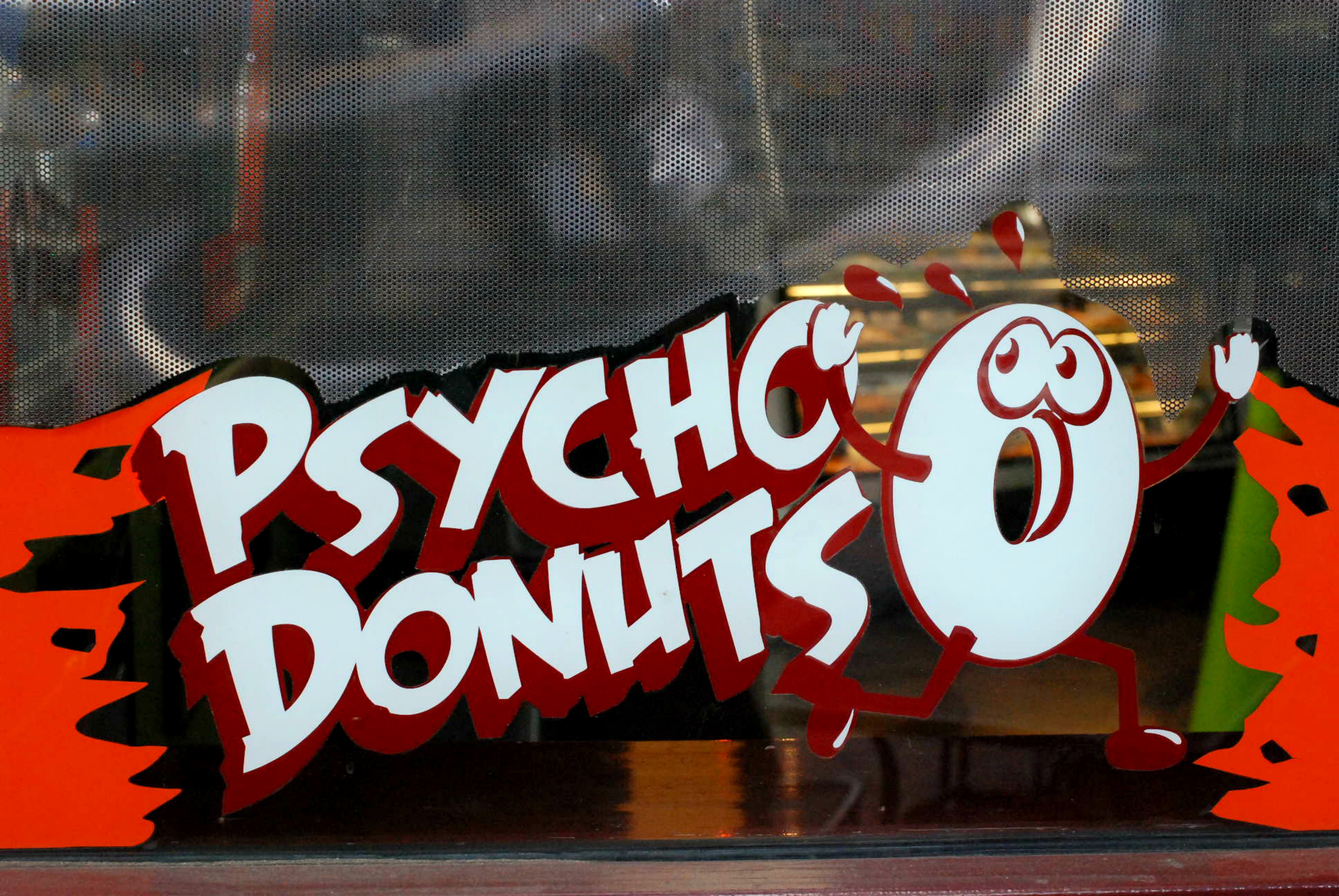 If you live local, they even have a delivery service!

Check back to see what wineries we wine tasted at!

My Afternoon With Maria Shriver