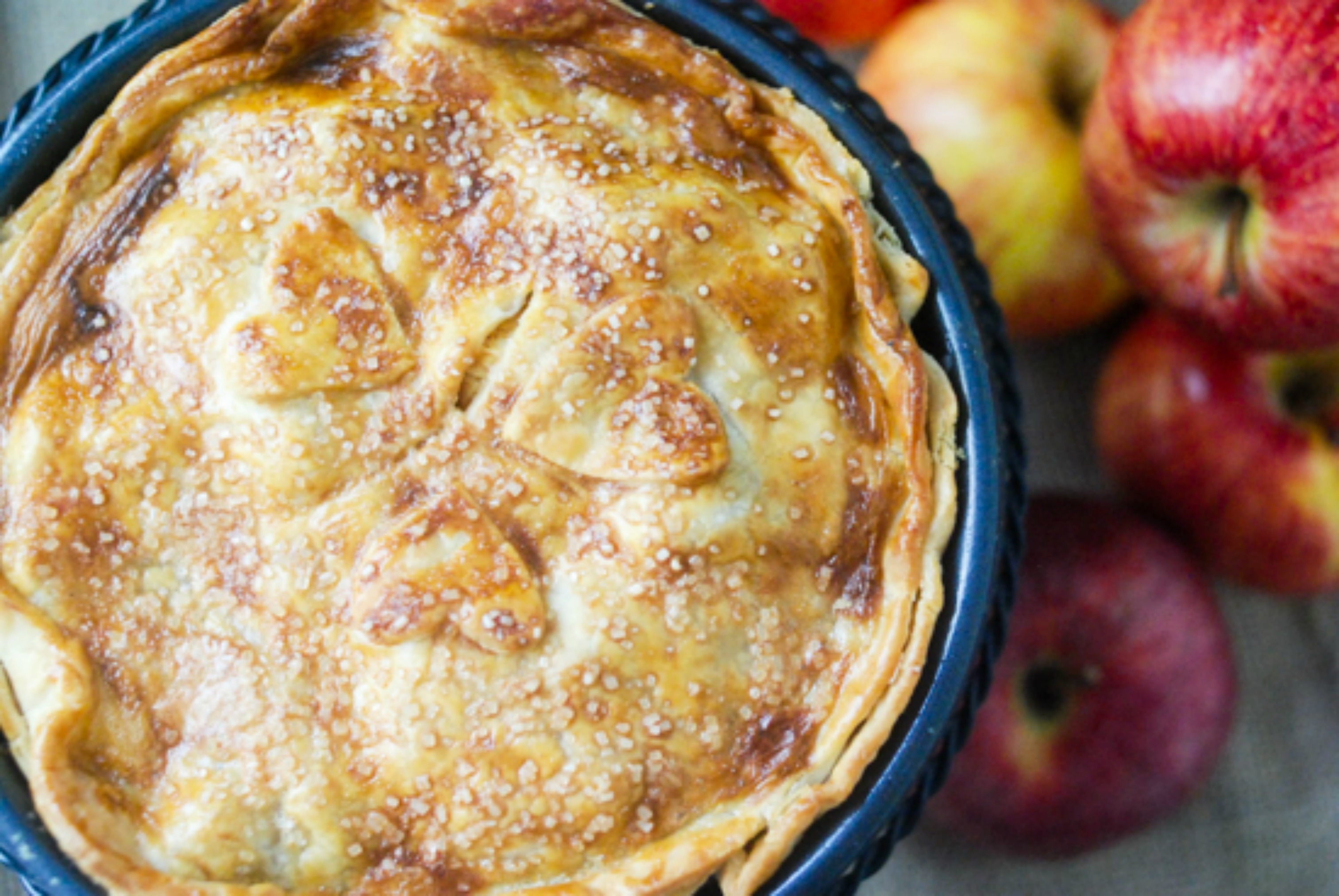 There is just something about a fresh baked apple pie!  The wonderful aroma of cinnamon fills the air and the anticipation of that first piece of Apple pie consumes every thought (or is that just me?).

No holiday is complete without one or two pies.

The other day I got a call from a friend that is current living in another state with her husband while he completes a work assignment. They are only there until December 1st, and are living in a hotel apartment.  They basically have some clothes and that’s it. While we were discussing the upcoming holiday season, she was telling me about her Thanksgiving predicament, her husband hates to go to restaurants on holidays yet he wants a traditional Thanksgiving meal.  She told me she was going to order most of their meal from a grocery store, but she was going to miss having a warm piece of home made Apple pie.

Then, like a light going on in my head I thought of my Avalon Bay AirFryer! The perfect small appliance for her to be able to make a small Apple pie for two.  I told her to order an AirFryer and I would start working on an easy Apple pie recipe for two.

This is what I came up with. 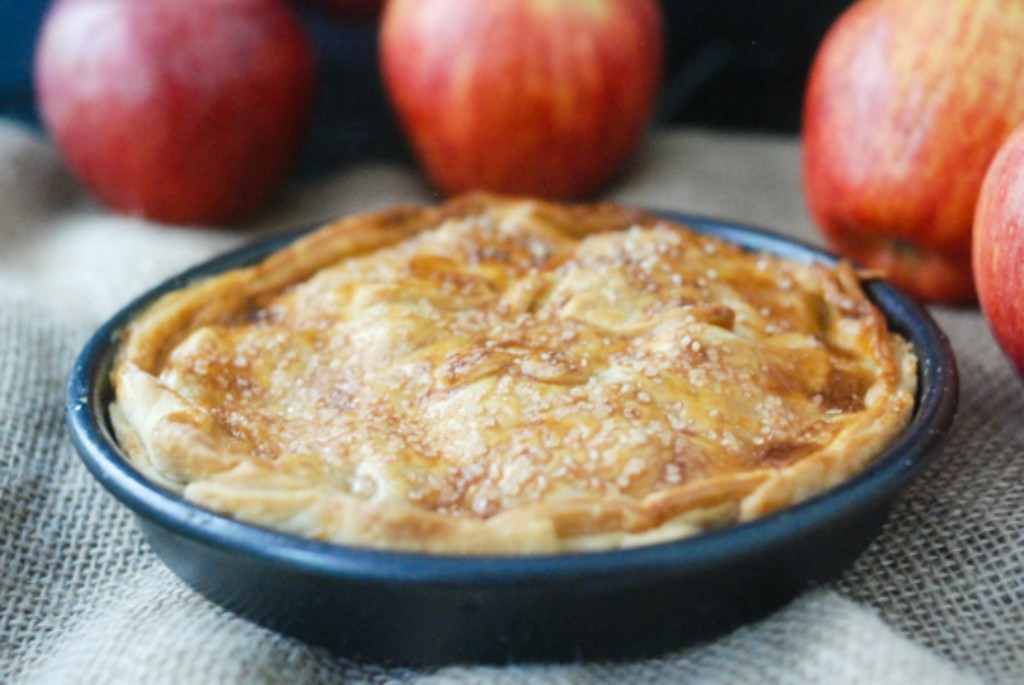 1. Cut the pre-made pie crust a little larger than the size of the baking pan.

3. Place the apple mixture in the pie crust.

Cover the apple mixture with the second cut pie crust.  With the pie crust scraps you can make cut-out shapes and place them on top of the top crust.  Brush the top crush with the beaten egg and sprinkle with raw sugar, then place into the AirFryer. 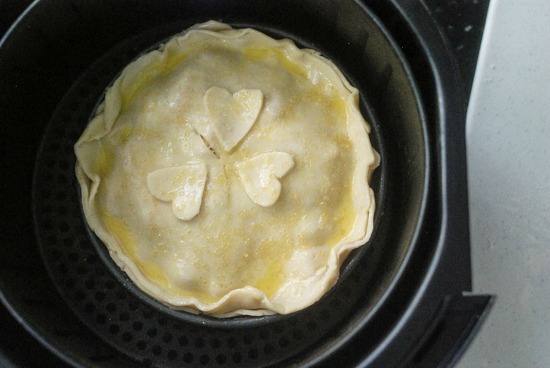 This is not a sponsored post, I love my Airfryer and thought it would be the perfect appliance for her.